The M.D. of Bonnyville Agricultural Service Board (ASB) is responsible for keeping pests under control as defined in the Alberta Agricultural Pest Act. Agricultural pests and nuisance are outlined in the Pests and Nuisance Control Regulations of the Act.

The ASB currently has programs in place to deal with rats, coyotes, skunks, magpies, clubroot and gophers. ASB has several other programs to monitor pest levels in the M.D. like Blackleg of canola, grasshoppers, and rabies. There are several other pests the are not listed under the Agricultural Pest Act that the ASB has identified and provide resources to landowners.

Was that a raccoon?

Over the past couple of years, raccoon sighting have been on the increase in the Lakeland area, very recently in Cherry Grove (as seen in this photo by Eric Ouellette. 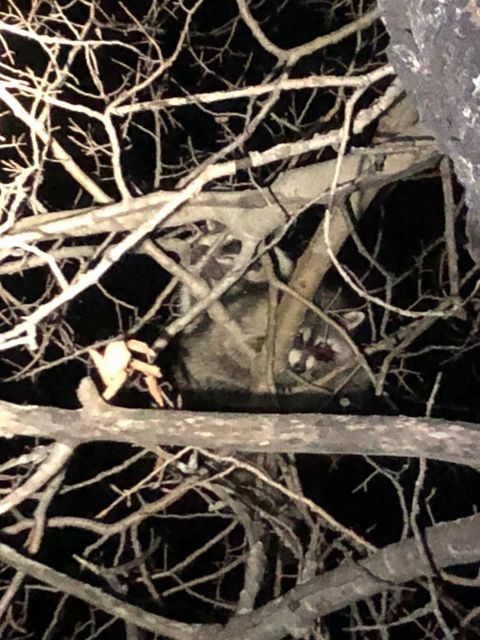 Traditionally, these masked bandits resided largely in the province’s southeast. However, in recent years, raccoon territory has expanded into the central and northeast of our province.

The raccoon is a stocky animal, a little bigger than a cat, weighing between 4.5 and 13.5 kg. It bears a distinctive black mask over the eyes and a heavily furred ringed tail. Raccoons are omnivorous, eating both plant and animal foods including fruit, berries, nuts, corn, grain, insects, mice, muskrats, and the eggs and young of ground-nesting birds and waterfowl. Raccoons have one litter (from three to five babies) a year, and can live up to 12 years in age. The litter is usually born in April or May. Raccoons are nocturnal, but you may see them active in the day as well. Raccoons do not truly hibernate but will “hole up” in dens during severe winter temperatures.

Raccoons can cause damage or may become a nuisance near human habitation, as they will eat whatever is readily available such as garbage, chickens, compost, bird seed or pet food. They may also make their den in a culvert, attics, chimneys, outbuildings, abandoned buildings or rock crevices. If your property is inhabited, remove food sources and cut tree limbs near housing and screen vents to prevent them from nesting in your attic.

Some raccoons in Alberta may be infected with disease or parasites such as raccoon roundworm, canine distemper or leptospirosis. Although we do not see raccoon rabies in Alberta, any raccoon that shows unusual aggression or approaches people without fear should be avoided. Raccoons will use a latrine area outside of their den, if it is necessary to clean up such a latrine, keep in mind that roundworm can be transmitted to people through eggs in the feces – be cautious, wear gloves and a mask and wash your hands thoroughly afterwards.

If a raccoon has laid claim as a new resident on your property, it is best to remove them . You can live trap a raccoon (traps available through the M.D. Ag Department) and rehome it into a natural area. You can also hunt or trap a nuisance raccoon throughout the province at any time of the year without a license on land which the person has the right of access for hunting. Check for restrictions on use of firearms.

For more information on raccoons you can contact the Pest Control Officer at the M.D. of Bonnyville at 780-826-3951.